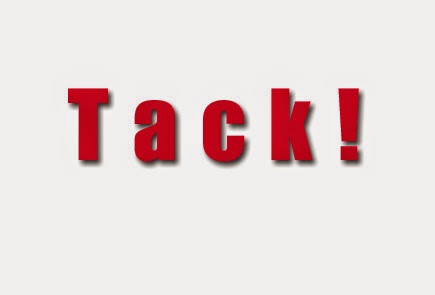 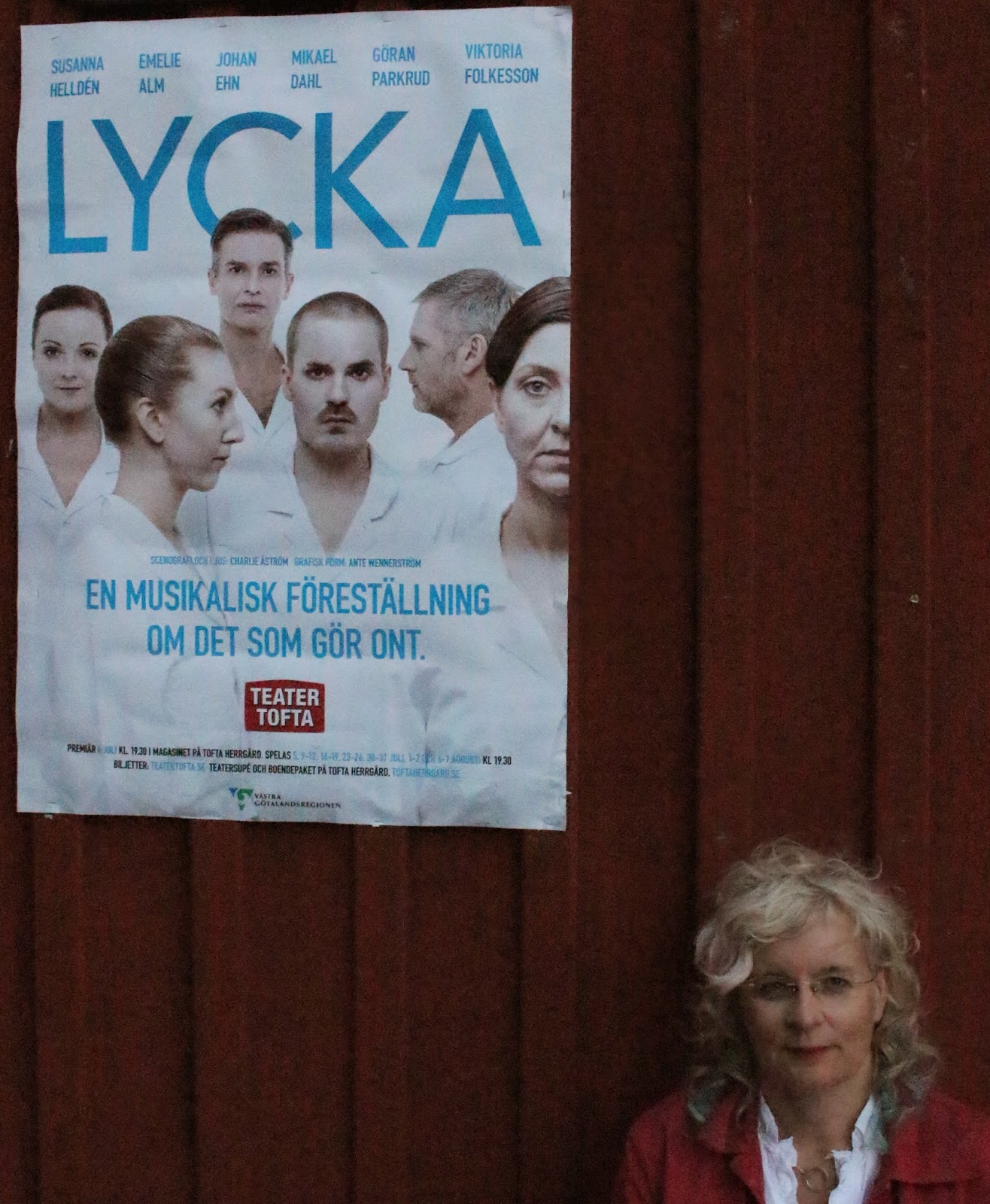 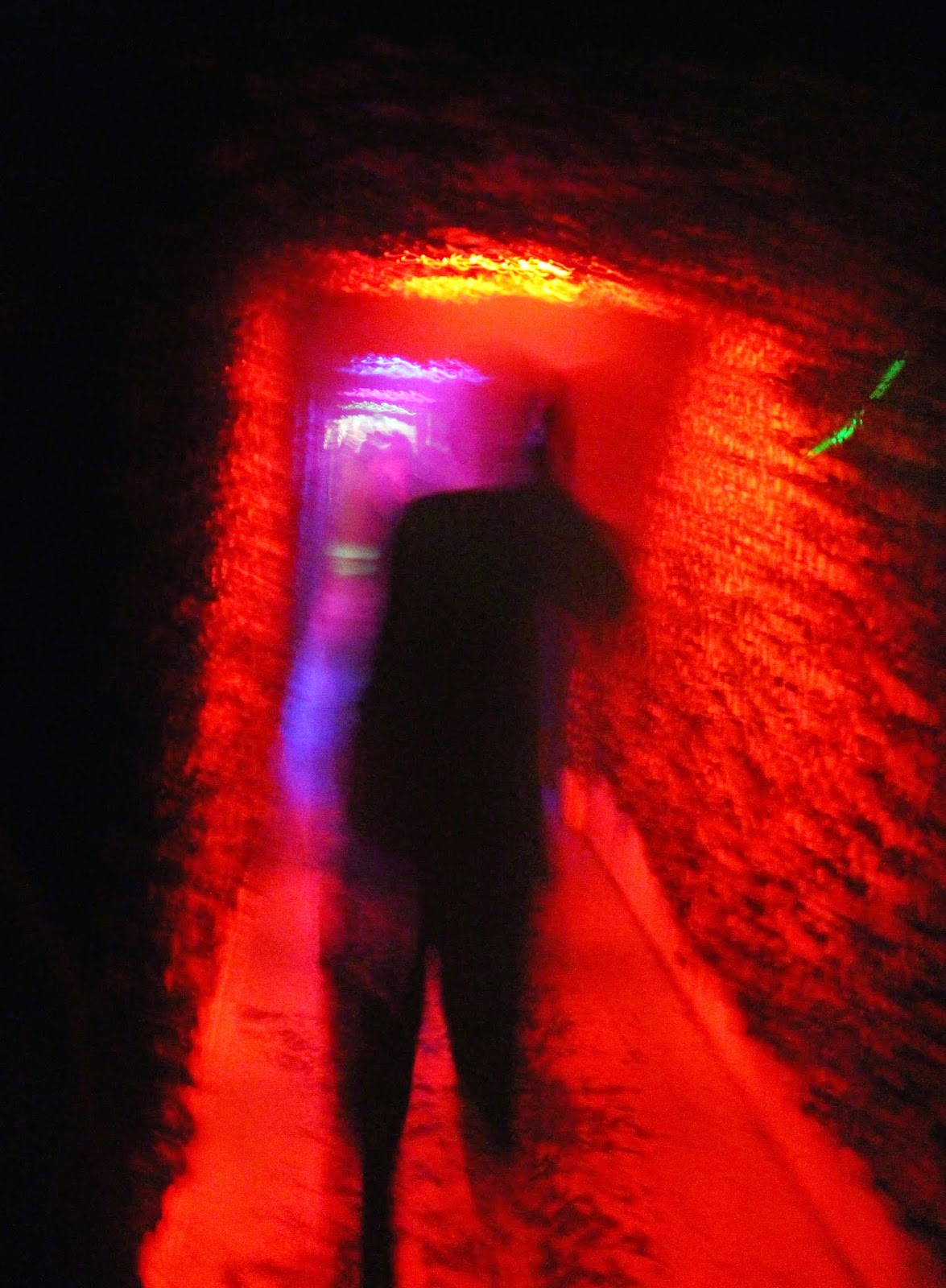 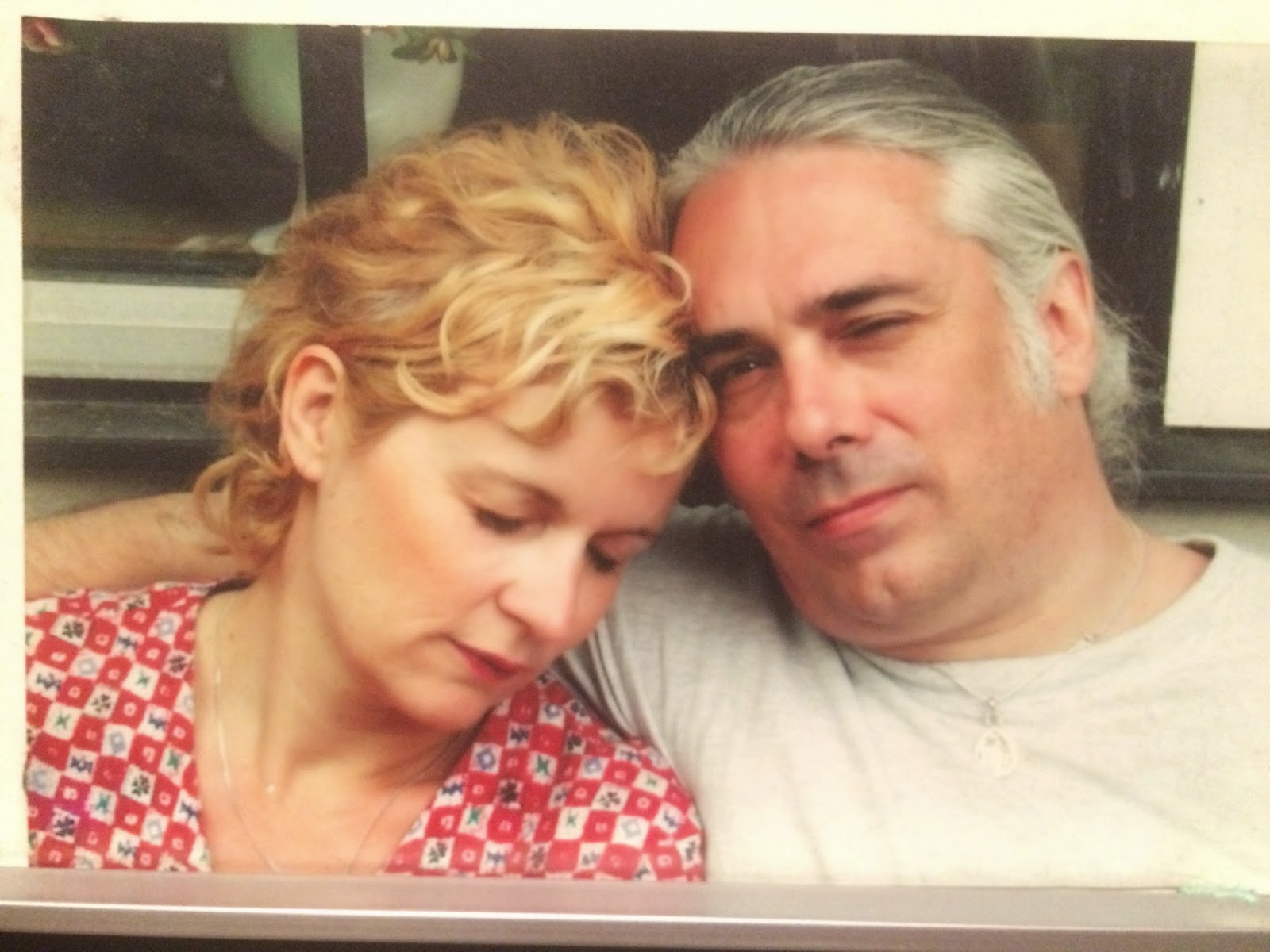 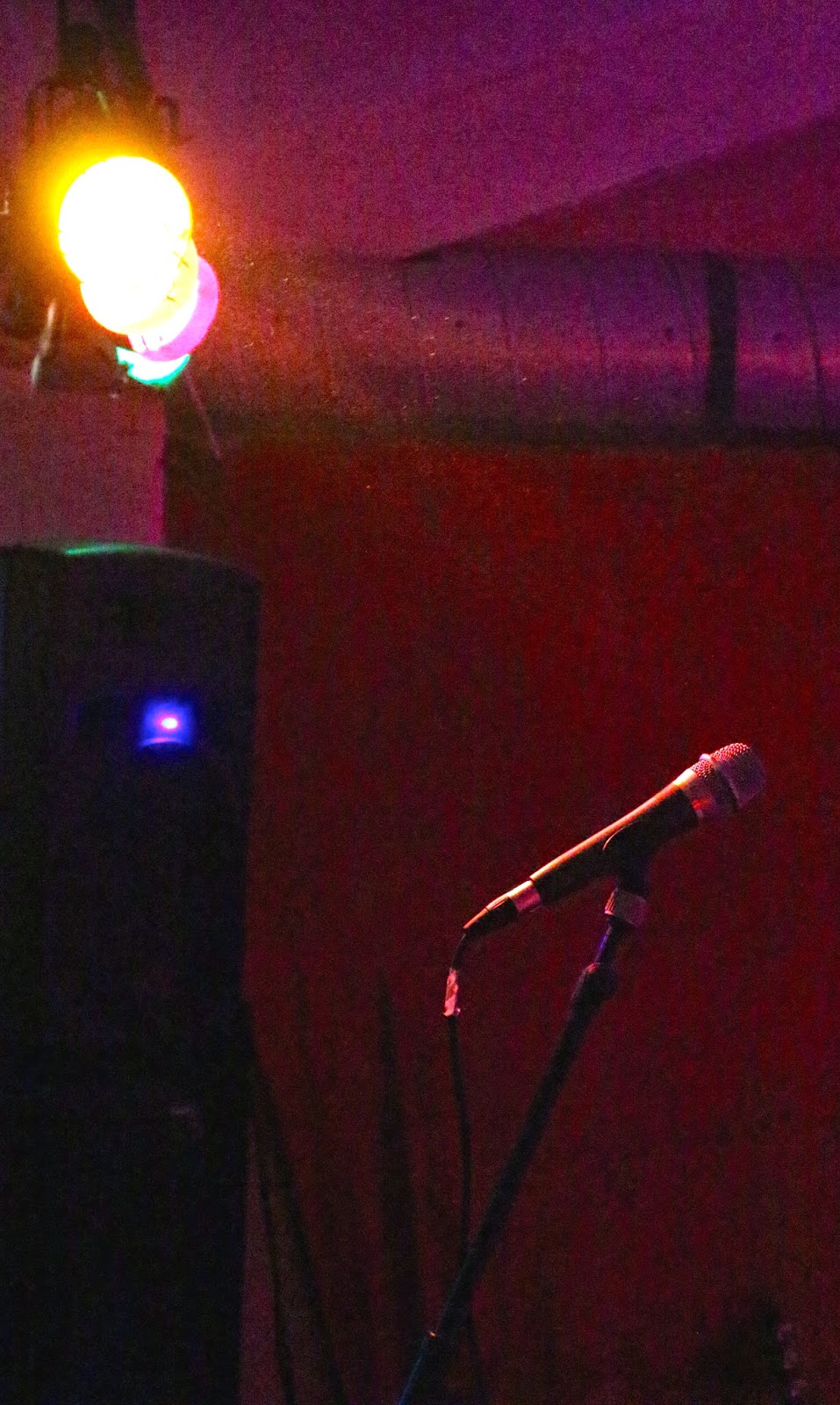 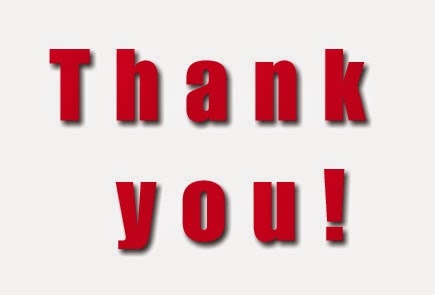 April 3rd was my birthday - that is one of those days which most of us celebrate once a year. I want to thank everyone who noticed that, specially on Facebook. Thank You! If there is one thing that Facebook is good for, it is just that. So, thanks to all of you - it felt good!

Compared to other birthdays, this was a different birthday. For it is indeed a birth in progress. My birth. A birth of something that already is me, but not really. Previously I have been able to say: I'm married to her, I live there, I have those things, I have that job, I who have that role, I like... That is not part of me - Alexander -anymore.

I'm not Charlotte's husband, I no longer live in Malmö, I don't have the pond I built, I do not have a living room with two sofas, no longer a kitchen where I can dance around cooking, I no longer have a lot of other things and obligations or bonds that hold me back. Bindings that sometimes have been with soft silk ribbons and others with heavy and rusty chains. And where I live right now, a few months, I'm a just a guest.

Right now I do not know much about the future. It is - like being a newborn - a blank paper. And like all births, this birth has been associated with words and feelings such as pain, struggle, wonder, life, joy, love, tears, loss and change. In that sense, there is a similarity with my original birthday - when I first saw the light of the sun. Maybe you could call this a rebirth?

Just over a week ago there was I, along with Charlotte in what has been our home in Malmö, in our house for several years. Charlotte, who since 25/4 2003, has been on a journey with me. A journey where she became my wife, companion, lover, best friend, partner ...

In some ways, it was as "normal" as we sat one evening and drank wine in the kitchen, talking, or when, a few hours later went to bed in a heated bed. But now there was something new in life - a change that stepped forward. I was still in the old, but I was about to leave.

Much like the ready but unborn child probably has the feeling that something has started - it's time to leave the womb - without knowing what the change will lead to. Because I really do not know. At that moment I was  on one hand. still in the known, secure and old - but on the other hand it was different, because I no longer know where I am heading. A change that has been going for a while and that at times been hard and heavy, both physically and mentally. A change that has raised a lot of questions.

It took a while before I could feel a direction - and for a period I was most confused and sad, because what I had known was over. It was on one hand surreal and on the other hand, something we both realized was necessary. The questions were piling up - most from others: Where will you live? Stockholm? Stay in Malmo? Perhaps abroad? What are you going to do? How...? Who ...? When ...? It was hard not to answer - because the questions demanded answers. And not any answers would do. At least that's what I thought and felt...

I should have started several weeks ago, to sort, pack and prepare to move out of what had been my home. A move that was approaching inexorably - but that was difficult to understand. So I waited ... Probably I was still stuck in the old. Though there I have lived in the past. I was stuck in how I should do - without really believing in it - as the weeks went by and I kind of stomped in the same place. Weeks went by - te move out of the house came closer and closer. The questions grew larger and became increasingly loud and I did not know what to say.

"The questions grew larger and became increasingly loud and I did not know what to say."

It was a night it happened. The realization assaulted me totally unexpected and freed me from a heavy burden. A big load disappeared from my shoulders. It felt it physically in the body. I realized that I would drop everything, let go and expose me for life. That is not to obtain a new mortgage, not to organize and fix everything needed to move to a new home - and to continue in the rat race, to straighten me into the working line. I decided to get rid of everything. well almost everything. To really do what I heard myself and many others say: Imagine to sell everything, explore the world, life - and see what happens?
Things that so many of us have said - but that only happens in movies or in books.
Owning the feeling that I do not need to have answers to all those questions that are surrounding me. Understanding and knowing that the unrest and the questions are not mine.

"unrest and the questions are not mine"

The answer I have is: We'll see how life unfolds ... Sure, it has since Charlotte and I made the decision last fall, been options that might have developed in exciting and interesting ways - in other circumstances. But that did not happen ...
Everything has resulted in a big question mark - and that's ok not to know.

The separation of Charlotte has been a journey in itself. We have more or less done everything together since I moved to Malmö early summer 2004. Together we have dreamed, loved, talked, listened, met, risked, loved, laughed, cried, done crazy things, invested, feuding, examined, learned, risked, developed, wounded, supported, awakened, planned, enjoyed, screamed, hoped, slept ... All that life consists of - and we have been together. So the separation has only started and will never be total. There are many ties remain between us. It's ok - some bands have loosened and those who are still there are not holding me back - their role has changed.

Now I have left the old, the familiar, the safe and of course a lot of material things that meant a lot to me - at some point - before. Slowly I realized that I carried a lot of might and later. I discovered, for example, one thing that I brought in a box since the early 90s sometime. Something I thought I learn and take care of. And still, 25 years later that moment has still not appeared. There were many other similar things - things that I have donated, sold or thrown away. To release some of that stuff was difficult - but after that night,  the direction was clear and my strength was back - but I'm not saying it's easy. And I still have no answers.

So somehow it was a bit strange that my traditional birthday would occur in the middle of this rebirth. Symbolically, perhaps ... I'm re-born to be free from a lot of things that have been thresholds, perhaps walls and at the same time been my security and support. I am free from a house, free of a lot of stuff that is usually found in a home. Furthermore, I am free from all that many of us usually save that represents my own or my nourished history. And not least, I am free from all the "nice-to-have" items. Yes, everything we thought we could, wanted, needed to collect us after a more than 50-year life.

Rignt now I'm in a room which is about 4x4 m in the home of a friend in Helsingborg. The possessions I have are in a few cartons and everything could fit in this room. Right now I take a breather after the birth process I have gone through. It's mostly good, exciting and - interesting. But yes, I'll be honest and admit that I sometimes get surprised by grief and loneliness, but it will pass.

Right now there is an idea that I should go away to Greece, where I'll spend the summer. Then continue on to Japan where I get to meet my son. Then maybe it will be Australia and New Zealand. Or it might pop up something else before that, and life takes a completely different direction. I'll try to be open and see the opportunities that existence  and life presents.

I clear my throat, take a sip of wine and step out on my own stage...


PS. Let me hear from you if you live in Greece, Japan, New Zealand or Australia - who knows, we might be able to rock the world. At least a little bit!
Upplagd av Alexander Rudenstam kl. 20:07 Inga kommentarer:

After spending time in Greece, Japan, Colombia and Austria, I´m back in Sweden. This time back in Stockholm, where I used to live 15 years ago...